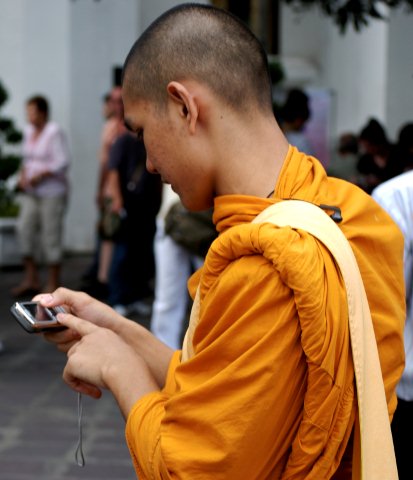 The web is a wonderful thing- at least where you can get online (not always possible in a some of the places we're reaching out to).  One of the things I discovered online within the last couple weeks is the great SocialBakers website which gives a detailed breakdown of Facebook penetration rates country by country.  I had previously discovered other sites giving mobile subscription and internet usage statistics and, having just gotten ahold of the Operation World DVD with all of its detailed statistics on Christian population per country, I thought that I would put together a chart of the least reached countries (those with less than 10% Christian population) showing what the penetration rates for these various digital media were to help outreaches compare and contrast which avenues provided the greatest potential (see below).

I have color coded the various media to show my take on which ones could or should be pursued versus those that shouldn't.  I suggest that any media that having less than 5% penetration be left out of a ministry's outreach strategy (red).  Any media with a penetration rate of between 5 and 15% I suggest could  be considered (yellow) while those media with greater than a 15% penetration rate I suggest should be considered as a helpful means of multiplying gospel impact in that country (green).

How did I arrive at these cutoffs?  The less than 5% cutoff is somewhat arbitrary but if it is less than 5% then you will have the potential of reaching less than one in ten adults in the country via that media.  One in ten may not sound bad but if other media gives you the potential to reach a greater percentage I highly recommend you start with them.
Have you noticed the protests happening in Egypt this past week?  Have you heard mention that things like Twitter and Facebook had a significant impact upon their occurence (so much so that some of the banners being waved in Tahrir square today bear the Facebook symbol)?  If you check out SocialBakers' stats you will find that Facebook's penetration in Egypt is only 6.46%.  If 6.46% media penetration can help to produce that much social effect I'm happy to say a ministry certainly could consider its use in their outreach and the 5-15% penetration range means you have a chance of reaching 10 to 30% of the adult population.  Finally, 15% media penetration and above may seem a low point to use for pushing ministries to consider utilizing a particular media but it was in a country that had only 18.5% penetration of mobile subscriptions where one of the most spectacular mobile ministry developments to-date happened and where the team implementing a mobile outreach saw the most incredible fervor for the mobile media they were making available due to hitting a sweet spot in the adoption curve (note that 18.5% penetration in a country with a large population under the age of 15 means that most every single adult male will have their own mobile phone).

Enjoy the chart and let me know what you think about it and what it means for outreach in these places.  Don't fail to notice how mobile penetration beats out every other media in every country! 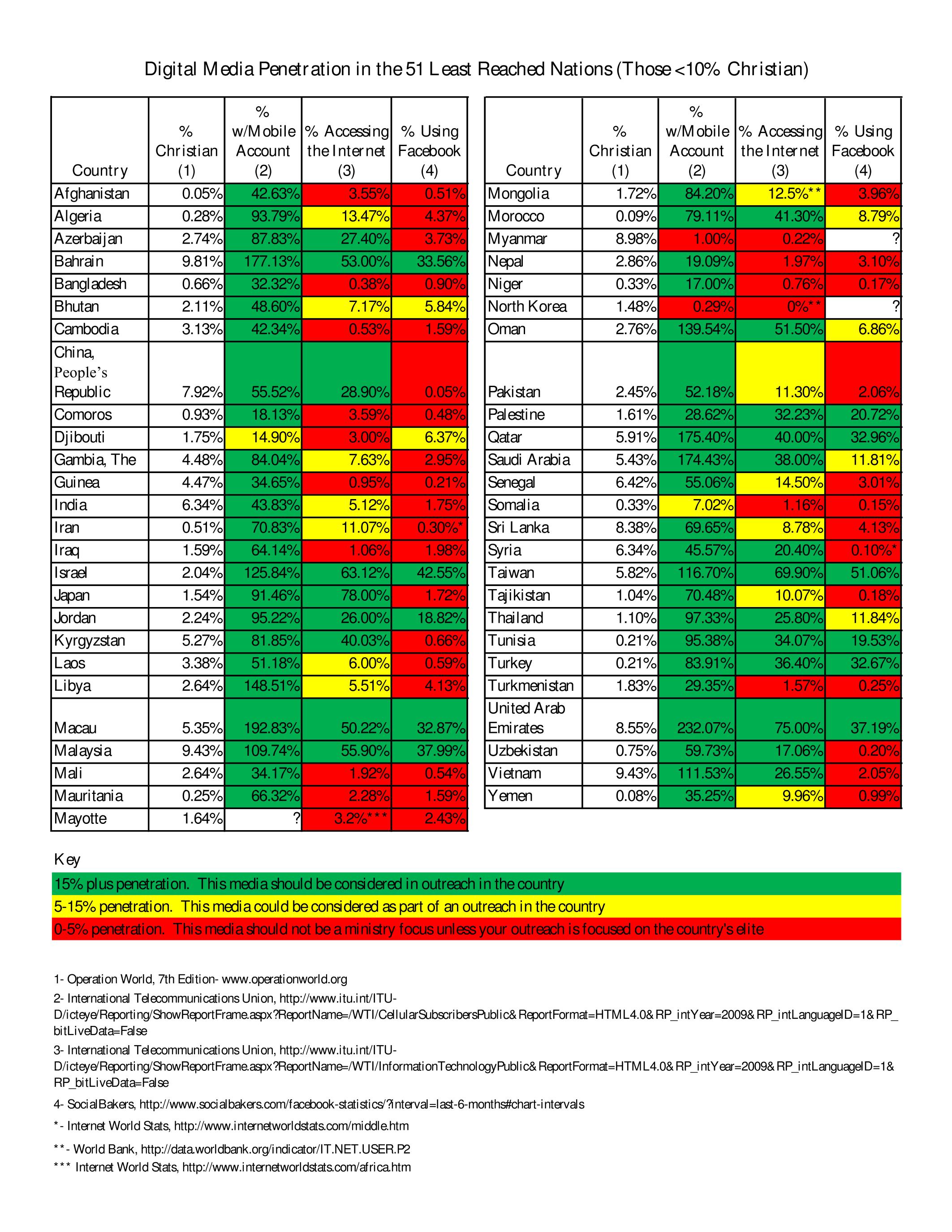