I was thrilled this morning to see that mobile phone guru Tomi Ahonen has a wonderful new posting up sharing the latest greatest stats on worldwide mobile phone types and capabilities (A Look At the Handset Industry, Market and Installed Base in 2012).

Something prompted me to take those statistics, as well as statistics provided in the TomiAhonen Almanac 2012 which had come out earlier this year, and make a chart showing what percentage of all mobile phones in use today are capable of various mobile ministry modalities (texting, web browsing, showing videos, sharing video via Bluetooth, etc.).  Here's the visual: 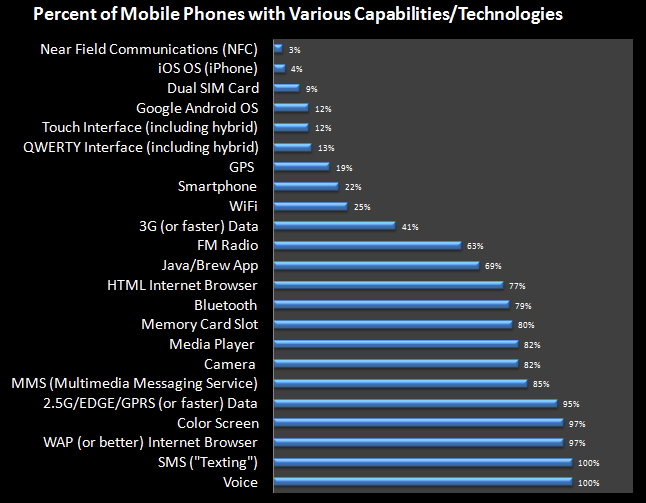 If the mobile phone is a Swiss Army knife kind of device with all these capabilities that we can avail why do we always default to using the fold out scissors (apps)? Should that be? I don't think so! Consider the conversation opened...